When the Rev. Leon Howard Sullivan was born in 1922 in Charleston, W.Va., the city was not prepared for the impact he would make not only on the state but the world when it came to corporate equality.

According to State’s website, Sullivan’s heart for equality started when he was a child. He was denied the right to have a soda and sit at the counter of a drugstore on Charleston’s Capitol Street.

Sullivan attended State on a basketball scholarship, but his career was cut short because of an injury. He went on to work at a steel mill to pay for his schooling.

After State, he received theological training at Union Theological Seminary and Columbia University. He went on in 1950 to begin a 38-year ministry at Zion Baptist Church in Philadelphia. Increasing the congregation from 600 to 6,000, Sullivan became known as the “Lion of Zion,” according to State’s website.

In 1958, Sullivan started what would lead to his effort in promoting global corporate equality. He came up with the idea “don’t buy where you don’t work” after asking companies in the Philadelphia area to interview young African-Americans for job openings. Only two companies worked with him.

The idea of his movement was that if a company would refuse to hire African-Americans, local residents would boycott the company. After four years, it was estimated that thousands of African-Americans found jobs as the result of his efforts, according to the Historical Society of Pennsylvania.

In 1971, Sullivan was appointed to the board of directors of General Motors, becoming the first African-American to serve on the board. In 1977, he initiated the Sullivan Principles. Adopted from the code of conduct he developed for GM, the principles specified conduct for companies operating in South Africa.

Because of the principles, the United States in 1999 adopted the “Global Sullivan Principles” as the international corporate code of conduct. According to the Human Rights Library at University of Minnesota, the objectives of the principles are to support economic, social and political justice by companies where they do business, as well as to support human rights and encourage equality at all levels of employment.

His corporate equality work didn’t stop there, though.

Sullivan believed the oppressed needed a “hand up, not a handout,” a strategy that led him to start the Opportunities Industrialization Centers (OIC). According to the OIC website, the organization is a nonprofit adult education and job-training organization headquartered in Philadelphia. While Sullivan led the organization, it created jobs in 70 U.S. cities, 15 African countries, the Philippines and Poland.

In 1991, Sullivan was awarded the Presidential Medal of Freedom for his work and impact on the human rights movement. He received the Four Freedoms Award from the Roosevelt Institute, as well as the Eleanor Roosevelt Award for Human Rights. 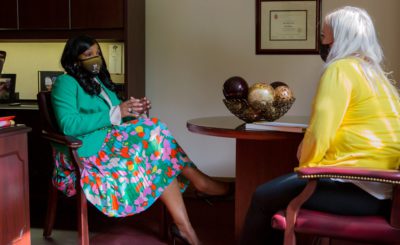